In anticipation of The Future opening LA, DC, Chicago and Boston tomorrow (and expanding in NY), I have answered questions from people in these cities, and these cities only, while doing my errands today. (If you live in LA, I can answer more questions, in person, at the following screenings.)

The Future also opens in Canada this weekend, and I was just there, trying to ready them up. But they were one step ahead of me the whole time. As exemplified by this small cake given to me by two Canadian women, it reads: “u are enough.” I felt flattered, honored, and slightly taken aback by the presumption that I need reassurance. But there are worse things than reassuring cake. Actually almost everything in the world is worse than reassuring cake. Thank you. 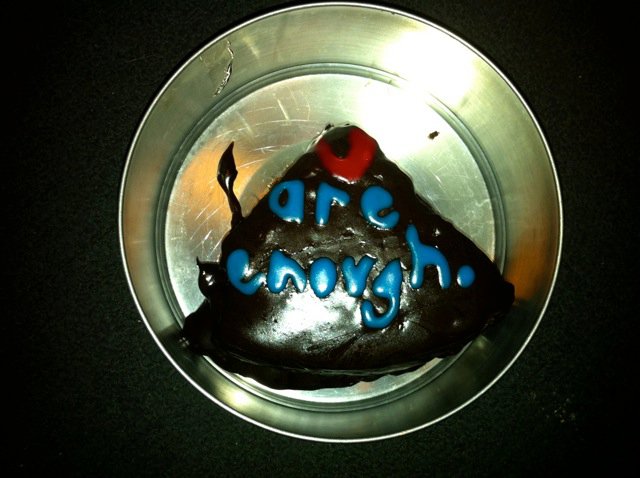